Thornhill enjoys the unique distinction of being situated in two different cities; the City of Vaughan west of Yonge Street and the City of Markham east of Yonge Street. Thornhill shares its southern boundary with the City of Toronto. The old village of Thornhill is clustered around Yonge Street between Centre and John Streets. This bucolic setting is highlighted by the east branch of the Don River which meanders downstream through the village and adjacent ravine parkland.

The new Thornhill which has branched out from the old village is a collection of new home subdivisions surrounded by shopping centres, community centres, and highly ranked schools. Thornhill features a large Eastern European and Italian population. Thornhill landmarks include the historic Thornhill Village heritage area, Uplands Golf and Country Club, the Bayview Golf and Country Club and the Promenade Shopping Centre.

Thornhill is a beautiful part of our city with a great history ,young and thriving population, Thornhill has many residents who really care about their professional look and car appearance.  Making sure to do under-the-hood maintenance work might seem like the only way to minimize the strain on your car, but you can also help with regular washing and car detailing.

While many think that a perfect running engine is the most important part of having a car, taking care of the exterior paint and interior dirt can also help you avoid more expensive repairs later. AAA Auto Spa’s Thornhill mobile car detailing makes it easier than ever to avoid this damage by bringing the car detailing and washing to you with a professional ,family-friendly team that brings you not just great cleaning service but a great attitude. Whether you need an express wash before a work meeting or important appointment or a total interior/exterior car detailing, our mobile unit can come right to your doorstep to make sure you get the best service on the spot.

Our professionally trained team of car detailers arrives at your door with everything they need to give your car an express wash or complete car detailing using great steam technology like OPTIMA Steamer or Fortador Steam machine. We come equipped with not only tools but also water and power to ensure your Thornhill car detailing is as convenient as possible. Our all-inclusive system means there are few restrictions on when and where your car can be serviced, making proper car detailing easy to fit into any schedule and almost any location in Thornhill!

We Care about the Environment: AAA Auto Spa values the health of Thornhill’s residents and environment and this is why we choose only the safest products and the power of steam cleaning for our car detailing. Steam is a proven antibacterial cleaning solution that cuts down on chemical use and water waste.

Expertise in all Vehicle Types: Along with cars and SUV’s, AAA AUTO SPA also services RVs, semi-trucks and boats. We also take special precautions with electric cars which require some specialized cleaning considerations.

100% Satisfaction Guarantee: Our commitment to our customers and our satisfaction guarantee has lead to countless return business and over 100, 5/5 star reviews!

CALL (647)848-3223 to speak with one of our professional team members and schedule your appointment. 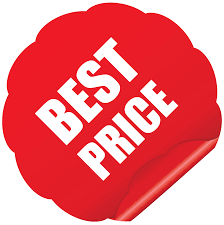 Thornhill (2011 population 110,430) is a suburban neighbourhood in the Greater Toronto Area of Southern Ontario, Canada, located on the northern border of the city of Toronto. Once a municipal village, Thornhill is now a community and postal designation geographically split into two municipalities along Yonge Street, the city of Vaughan to the west and the city of Markham to the east. According to the 2001 Census, the population of Thornhill-Vaughan was 56,361, and the population of Thornhill-Markham was 47,333. It is immediately south and south-west of Richmond Hill.

Thornhill was founded in 1794. Its first settlers on Yonge Street in Thornhill were Asa Johnson (who settled on the Vaughan side) and Nicholas Miller (c.1760-1810; who settled on the Markham side). Of particular importance was the arrival of Benjamin Thorne (January 4, 1794 – July 2, 1848) in 1820 from Dorset England, who was operating a gristmill, a sawmill, and a tannery in the community. The settlement came to be known as Thorne’s Mills, and later, Thorne’s Hill, from which its current name is derived. (Thorne committed suicide in 1848, after a serious wheat market crash.)

Between 1830 and 1848, Thornhill experienced a period of continued growth and prosperity. The business district of Thornhill developed on its portion of Yonge Street, between Centre Street and John Street. Stagecoaches travelled between Holland Landing (Lake Simcoe) and York (Toronto) as Yonge Street’s road conditions improved with new stonework. During this prosperous period, several churches, many of which are still standing today, were constructed.

Thornhill’s location along Yonge Street, a major transportation route, proved to be beneficial to the community’s growth throughout much of the twentieth century. The implementation of an electric street railway along Yonge Street in 1898 towards Kleinburg, Georgina, King and Toronto meant that, for the first time, it was possible for people to reside in Thornhill and work in Toronto. By the 1920s, the prevalence of the automobile further facilitated travel along Yonge Street.

In 1931, Thornhill “; before that time, Thornhill had no independent status and was split between the townships of Vaughan and Markham along Yonge Street, since the creation of municipal government in 1850. Before 1931, each township administered its own half of the village. The creation of the Police Village gave Thornhill its own political boundaries. The village was headed by a reeve.

In 1971, York Region was created, part of a wave of municipal re-organization which converted many townships into towns and eliminated many of the municipal forms of organization which had existed within those townships. The establishment of a regional administration effectively eliminated the Police Village of Thornhill. Thornhill’s administration reverted to the newly formed towns of Markham and Vaughan at this time.

However, many political and social institutions remained organized around the former municipal entities eliminated in 1971. Like neighbouring communities such as Woodbridge, Maple, and Unionville – as is typical for most urbanized former Greater Toronto Area (GTA) villages outside of the City of Toronto – Thornhill remained the postal designation for addresses within the former village’s boundaries, and community organizations such as local newspapers, sports teams, and schools continued to operate under the Thornhill name and designation. As an example, until the mid-1990s residents of Thornhill seeking to play high-level hockey were required to play for a Thornhill team.

While the old village of Thornhill revolved around Yonge Street between Centre and John Streets, the community is typically thought to be located between Dufferin Street to the west, Highway 7 to the north, Steeles Avenue to the south, and Highway 404 to the east.